The aim of this project was to conduct analysis to support reconstruction of pentl'ach grammatical suffixes in collaboration with Qualicum First Nation, using 1) Boas documentation and 2) the comparative method by identifying cognates in neighbouring Salish languages. As of now, I have identified three potential verbal inflectional suffixes: the middle voice, control-transitive, and 3rd person ergative.

I followed four steps in my work. First was partial transcription of the stories in the Boas documentation. The second was identifying and tagging all verb forms in the stories. Next, I tried to identify verb roots and grammatical suffixes. Finally, I consulted grammars of neighbouring related languages to identify cognates with the forms I had identified. More work on the last step is required to strengthen the analysis.
Keywords: pentl'ach; Salishan languages; morphology, community-based language revitalization 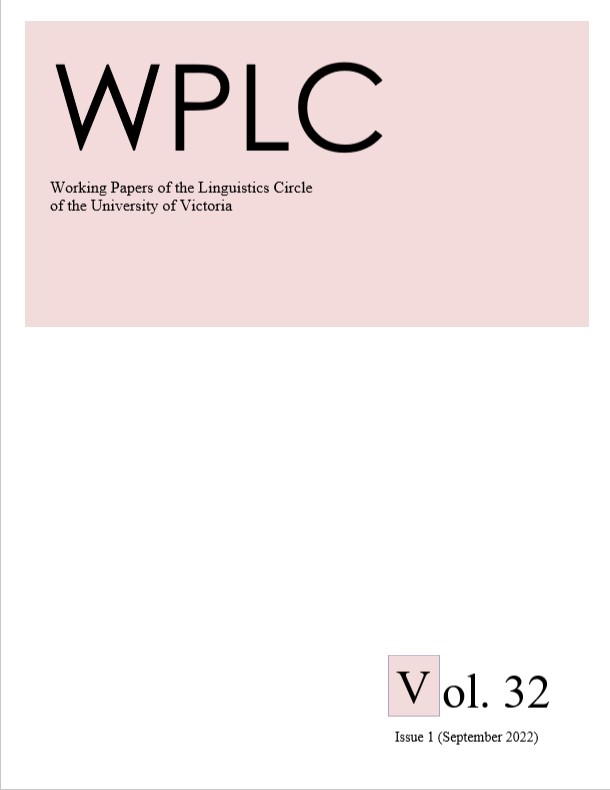