Facebook, Polymedia, Social Capital, and a Digital Family of Indonesian Migrant Domestic Workers: A Case Study of The Voice of Singapore’s Invisible Hands

Rarely do female migrant domestic workers (MDWs) get a chance to narrate their own migration experience. Voice of Singapore’s Invisible Hands (or The Voice), which started as a literary community on Facebook, aims to reshape the dominant—negative—discourse on migrant workers, especially Indonesian MDWs, by providing access to their literary work. In a transnational migration setting, Facebook has been used as a tool to maintain people’s relations with their families and friends back home, as well as for making new friends. Connections gained between individuals become a form of social capital where people build social networks and establish norms of reciprocity and a sense of trustworthiness. In the early establishment of The Voice, Facebook helped its initiator gain social capital. Ultimately, this social capital benefits the community and its members. Over the course of The Voice’s development, other social media platforms, namely WhatsApp, Skype, and email, have been used in addition to Facebook because they offer a different set of features and affordances of privacy and frequency. This practice of switching from one media to another is an illustration of polymedia, in which all media operate as an integrated structure and each is defined in relation to other media. This study, which focused on the relation of Facebook, polymedia, and social capital in the context of The Voice, used integrated online and offline qualitative data-gathering methodologies. The study found that Facebook initially helped both the community, which began as a learning space for Indonesian MDWs who wanted to narrate their stories about their home and family, and its members in their efforts to reshape the negative dominant discourse on migrant workers. It was the affordances of polymedia, however, that paved the way for the formation later on of a digital family in which the members provide emotional support for each other, similar to what family and close friends do. 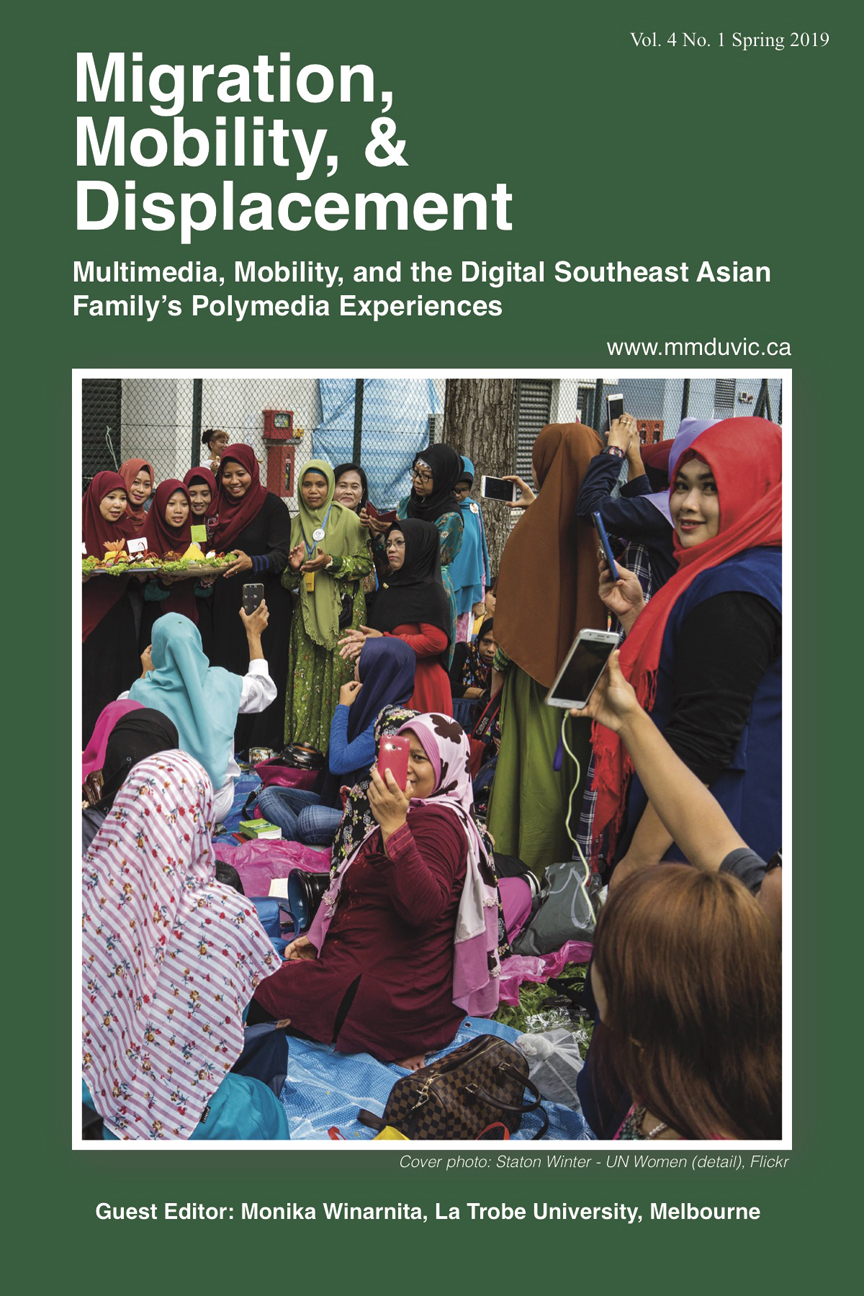